Peace of mind made easy. 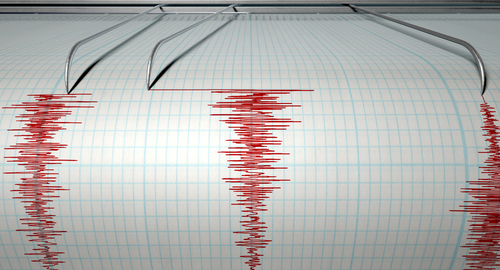 A study completed by the American Geophysical Union’s Earth and Space Science Journal recently made a claim stating that there is a 99.9% chance an immense earthquake will shake Southern California sometime in the following three years. However, seismologists and other scientists are questioning its validity and what data was used to draw that alarming conclusion. Regardless of which camp homeowners side with, an Earthquake Insurance Program is a necessity for Californians.

USGS Seismologist Robert Graves combated the findings by saying “I have serious doubts that the conclusions of the paper are supported by the analysis that’s presented there. The 99.9 percent number—I don’t know the method that was used to derive that. But basically, that’s saying that’s going to happen. And that level of certainty, to my knowledge, is just not attainable.”

While this theory is not 100 percent sound, the original purpose of the study was not to predict earthquakes, but rather to indicate where left over energy is stored in faults after major earthquakes ranking above magnitude 5.

Andrea Donnellan, principal research scientist at NASA’s Jet Propulsion Laboratory explained that the system of faults can move together in an earthquake and create surface deformation, further shortening the Earth’s crust in the Northern Los Angeles region.

In addition to this research, UPI states that Donnellan and her colleagues also looked at historical earthquake data as a way to contextualize their analysis and offer a benchmark for gauging its accuracy by looking at 32 quakes with magnitude 5 or higher. All of the earthquakes studied occurred in LA within the last 81 years and were used to calculate the likelihood of it happening again.

These claims remain criticized by various entities. While the threat is ever prominent for California homeowners, there is no need to fret. The USGS reassured frantic readers and stated “While the earthquake forecast presented in this paper has been published in the online journal Earth and Space Sciences, it has not yet been examined by the long-established committees that evaluate earthquake forecasts and predictions made by scientists.”

At Aegis General Insurance Agency (AGIA), we offer specialty homeowners program that might otherwise be difficult to place. Our packages include coverage that can be tailored to meet homeowners’ specific risk exposures and insurance needs to protect against a variety of perils. For more information about our products, contact our experts today at (866) 662-5752.

To make a payment, please mail a check or money order to: